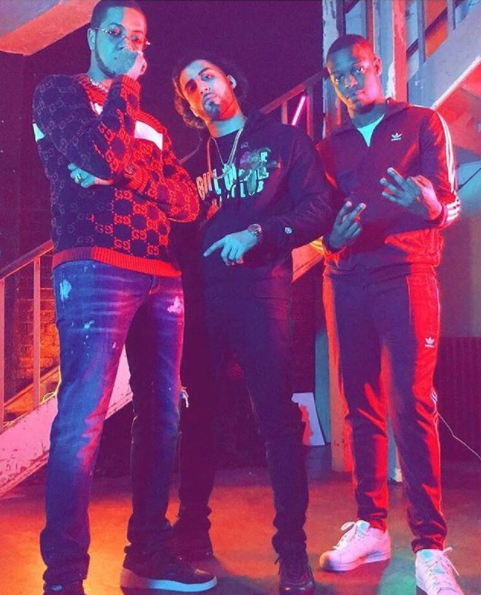 B Young. What a fella. I remember when I first came across him when he released his remix of Dave’s hit Wanna know in April last year. One YouTube comment hits the nail on the head when describing the version.

Seriously tho, this guy is gonna be big. He has complete originality in the way he rides beats and cameos afro-bashment inspired rifts. His delivery is what I call composed power. He has a full body voice and delivers with an element of aggression whilst tempering the exertion. This makes him a hit maker. Mandem can bop heads and gyaldem can snapchat. He’s definitely a member of the urban mainstream so just give him a year or so he will be battling for spots on the UK charts. Just watch.

His takeover of the culture was his latest release Jumanji (smartly released when the hugely anticipated remake of the film ‘Jumanji’ starring Dwayne Johnson was floating which drove further click through) which grasped an audience and still hasn’t let them go. Jumanji, although released in late 2017 is a sign post and anthem for 2018. His bashment bar frame and catchy lyrics literally hook listeners. “Ring ring pon the handsfree”. Everyone is singing the tune and has become the background tune for snapchatter’s across the field.

To capitalise on his introduction to the leagues he made a further push with a Jumanji Remix. Chip and 23 Unofficial brought into the mix to reach audiences further, and without a question these 2 wanted a piece of this new soon to be star and jump on the wave.  But I’m sorry, it fell flat.

Don’t get it twisted, Chip and 23 are harddd, and Chip definitely can do the singing thing with melodies, but Jumanji was just too big for them. It’s not even the beat, it’s how B Young bodies the original with his panned vocals and captivating performance and Chip’s and 23’s contributions were underwhelming and thin. I can see what they were trying to do, but the remix just didn’t deliver.

I would have liked to seen the likes of Kojo Funds or maybe even a bit of NSG to retain that composed power and flair.

But minor, B Young do your ting my bruddaaaa.