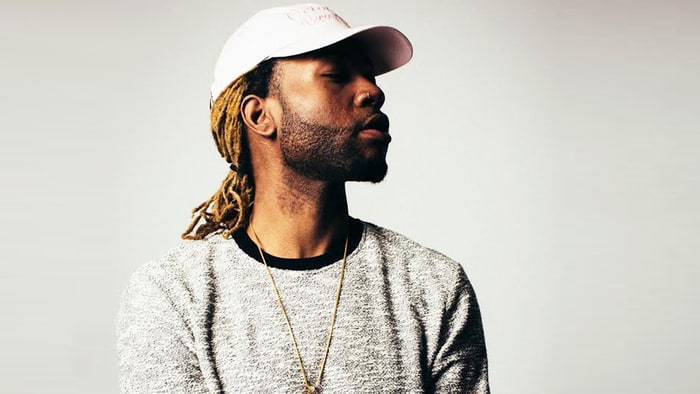 The relationship between R&B and HIP-HOP spans over decades, but their relationship until very recently has been very formulaic. Hip-hop has always been contextually surrounding lifestyle, politics, and dreams and to commercialise he (HIP-HOP) very often has take a helping hand from his sister – R&B.  The route would be as what follows: a single released with an obviously R&B instrumental, a popular R&B singer on the hook, and the rap arrangement on verses would be simple but romantic (well romantic for a rapper). Not forgetting the R&B music videos of lavish locations and unbuttoned shirts. There are countless examples of this, the classic P.Diddy – I’ll be missing you with Faith Evans and a cheeky cameo from 112; Fabulous ft Tamia – So into you; Chingy ft Tyrese – Pulling me back, Twista ft Kanye West and Jamie Foxx and the list goes on.

In the music industry it became a norm for rappers and HIP-HOP artists to have an R&B single with affectionate or sensual lyrics – but this relationship has been very one directional, Hip-Hop has always been using R&B’s help. But things have changed.

There’s a new kid in town, he wears designer clothes, has an excessive lifestyle full of women and weed like a Hip-Hop artist but is ready to explore intimacy and show vulnerability and isn’t scared to be affectionate. He has confidence but is sensitive, he’s self-assured but in search for love and meaning. He has seen life from a difficult angle but modern culture today lets him express himself in any way he wishes without baggage. He is R&B and HIP-HOP’s step brother – he’s PBR&b.

PBR&B is commonly translated as alternative R&B, which for this blog is still very broad – so If I was to name this specific strand I would call it HR&B (Miah,2017… lol) but for consistency I’ll continue with PBR&B. For this strand of PBR&B the roles of HIP-HOP and R&B have effectively reversed. The instrumentals are largely Hip-hop in terms of BPM and pace and are accompanied by spacious arrangements to allow melody. It’s also hugely influenced by the atmospheric percussion progression established by Noah ‘40’ Shebib. The content is a beautiful fusion of the HIP-HOP swag with R&B sentiments. It merges lifestyle and love, sensitivity and swag, emotion and ego. PBRNB is all about melody but due to the pace of the music the demands for vocal range and ability is low. This melodic take on a structurally (loose) hip-hop instrumental gives them license to explore with how they present lyrics. Just as how bars on HIP-HOP tracks vary in pace, structure and movement, PBRNB artists are licensed to the same but with melody.

Pioneers are PartyNextDoor, Bryson Tiller, Tory Lanez, The Weeknd and it’s no coincidence that the four I’ve mentioned are all Canadian. Toronto has been a hub for PBRNB artists with up and comings stars with the likes of Roy Woods, Ye Ali, Ramriddlz and Safe, it’s a very exciting time for Canadian artists, marking a solid footprint that stretches beyond Drake. The recognition from features and sales numbers from them speaks for themselves.

What’s particularly amazing to see is the genre breaking bounds and leaking into other genres. In the latest album by Usher, a staple artist for conventional R&B, he has released tracks with melodic instrumentals with a looped structure that is perfect for a PBR&B artist, such as his song ‘Rivals’ with Future. He delivers a modest vocal performance in terms of range and octave stretch. The song varies in beautifully written melody that varies in pace and tone – the formula of a PBR&B artist. The genre has also stepped into the UK Grime scene, with Dave producing music that is very Roy Woods-esque with his hit “Wanna Know”.

There is no doubt that the genre has had a gigantic effect on the industry, beyond Toronto, beyond PBRNB, and beyond Hip-Hop and R&B. Its unapologetic nature with accepted imperfection gives permission for any artist anywhere to take a leaf. Although PBR&B is HIP-HOP’s and R&B’s step brother, it looks like he’s there to take the biggest slice of inheritance.